Minister of Works and Housing to publish names of defaulting contractors 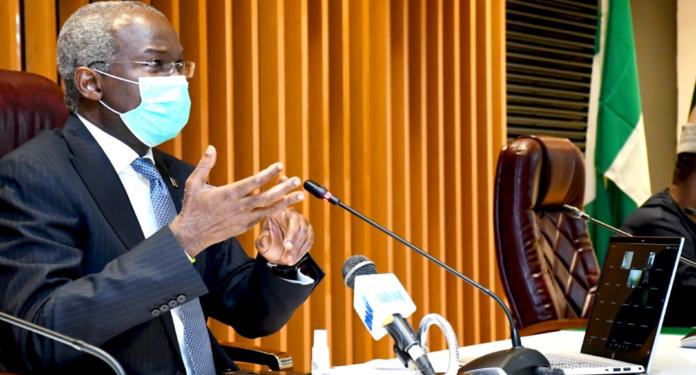 The federal government has announced its intentions to make public the names of contractors who won contracts but failed to execute the projects across the country.

According to the Former Governor of Lagos State and Minister of Works and Housing, Babatunde Raji Fashola, the ministry would soon publish “a black list” of defaulting contractors who failed to meet their own end of the bargain with the federal government. In addition to making the list public, the ministry would also be making claims of time value for money.

This much was disclosed when the Minister appeared before the Senate Committee on Ethics, Privileges, and Public Petition to testify on a petition leveled against his Ministry and Cartil Construction Limited by the Redeem Christian Church of God Christian Church, RCCG.

RCCG had in the petition dated February 9, 2021 signed by Pastor Niyi Adebanjo on behalf of the General Overseer, Pastor Enoch Adeboye accused the ministry of making payment to the tune of N151million to Cartil Construction Limited for the rehabilitation of the Ife- Ifewara Road in Osun State, which the Church said road was constructed by it as part of its Corporate Social Responsibility (CSR).

The RCCG therefore requested that Cartil Construction Limited should be made to refund the money and return it to the government coffer. The Church said “if anyone is to be reimbursed for the rehabilitation of the road it should be us and not the contractor”.

In his testimony, Fashola who punctured all the claims contained in petition concluded: “The facts have shown that there is no basis for this. The allegations as reported are essentially false. They border on defamatory and I hope that the petitioner after listening to this will do the right thing and tender an apology. I think he got his facts all mixed up.”

He stated that it was false that payments were made between 2016 and 2018 for the construction of the road; adding that part of why the road was abandoned between 2013 and 2017 was because there was no budgetary allocation for the project.

According to him, the contract for the road was awarded to Cartil Construction in December 2010 for N600 million as one of the several Constituency projects executed under the Ministry of Works; five years before the Buhari’s administration.

Fashola gave Cartil Construction Limited, a clean bill of health when he testified in its favour that it did not claim any money between 2016 and 2018 because as at that time the contract had already been terminated in 2015.

According to him, there was no proof that an unjust claim was made by the contractor or made by the ministry and that there was no basis for the petition which borders on falsehood and defamation.
Realising the errors in his petition, the petitioner, Pastor Adebanjo apologised on behalf of the General Overseer of RCCG to the minister.

He also admitted that he had no evidence to back up claims that funds were released in 2011 to Cartil Construction Limited. Reacting, Senator Smart Adeyemi, agreed with the Minister that there is a need to strengthen the laws with stiffer punishment for erring contractors. He said RCCG should be commended for drawing attention to high-level corruption in contract awards in the country.