World’s most expensive mansion for auctioning at $160 million 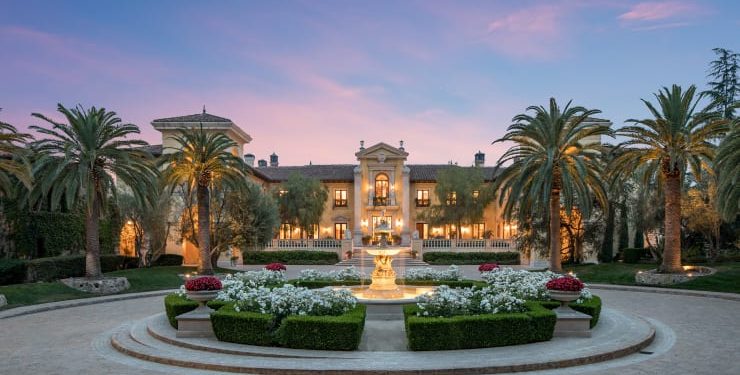 A  $160 million mansion in Beverly Hills, California, is headed to the auction block, making it the most expensive listing ever to auction.
cnbc.com reports that the nine-acre estate, called Villa Firenze, will be sold to the highest bidder by Concierge Auction.
According to the report, “its billionaire owner, Steven Udvar-Hazy, first listed the property in 2018 for a reported $165 million.”
Listed for $160 million and set on over nine acres across three lots in Beverly Hills, California, Villa Firenze is hitting the market.
“We look forward to finding an owner as unique as this piece of real estate on auction day,” Udvar-Hazy said in a statement.
The estate has been described as the largest in North Beverly Park, an exclusive gated community that’s been home to Denzel Washington, Eddie Murphy, Sylvester Stallone, Rod Stewart and Kimora Lee Simmons.
The property has over 20,000 square feet of living space, with three guest residences, 13 bedrooms, 17 bathrooms and 8 half-baths.
The pool is one of the highlights of the grounds of Villa Firenze.
The home, built over five years by architect William Hablinski, has marble and stone flooring, arched doorways and multiple fireplaces.
The grounds include a swimming pool, pool house, tennis court and walking trails.
Udvar-Hazy, who immigrated to New York from Hungary when he was young, is considered one of the founders of the aircraft-leasing industry.
“He founded International Lease Finance, which was sold to an insurer American International Group in 1990 for $1.3 billion. He is executive chairman of Air Lease Corp. Forbes estimates his net worth at $4 billion,” cvnbc.com added.