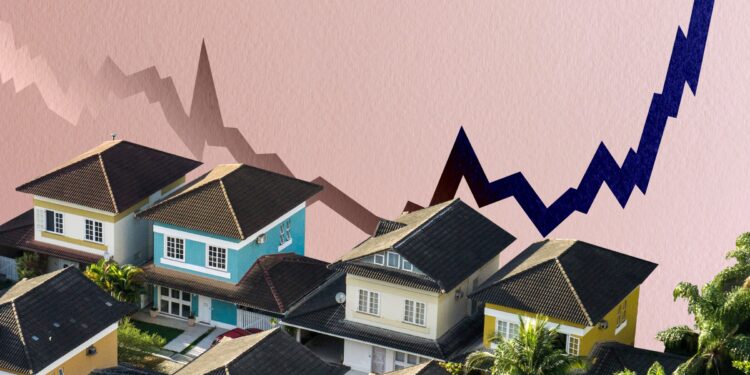 This week the National Association of Realtors Chief Economist Lawrence Yun sounded the alarm bells as he explained there are significant questions regarding the U.S. housing market’s direction over the coming months of 2022.

“Housing kept the economy afloat as home prices rose and buyer demand intensified,” said Yun to 9,000 Realtors and industry experts in attendance at the 2022 Realtors Legislative Meetings during the event’s Residential Economic Issues and Trends Forum.

“However, this year has already thrown some curveballs, including record-low inventory and unyielding inflation.”

World property journal reports that as the housing supply appears to be on the upswing and builders increasingly construct new homes, Yun says inflation will persist and in turn cause strain for would-be buyers.
Additionally, other external economic factors will negatively impact the market, both indirectly and directly, he said.

“The Russia-Ukraine war and escalating fuel prices have contributed to further housing unaffordability for buyers.”

Yun explained that a more immediate impact for home seekers has been the rapid increase of mortgage rates, along with other anti-inflationary actions from the Federal Reserve.

“Mortgages now compared to just a few months ago are costing more money for home buyers,” he said. “For a median-priced home, the price difference is $300 to $400 more per month, which is a hefty toll for a working family.”

NAR calculates purchasing a home is now 55% more expensive than a year ago. These rising mortgage rates and prices hurt affordability, and although wages are improving, Yun says they are “wiped away” due to inflation.

He estimates inflation will remain elevated for the next several months and that the market will see further monetary policy tightening through a series of rate hikes.

Citing a five-month decline in pending home sales, as well as a drop in newly constructed single-family sales, Yun predicts the higher mortgage rates will slow the housing market.