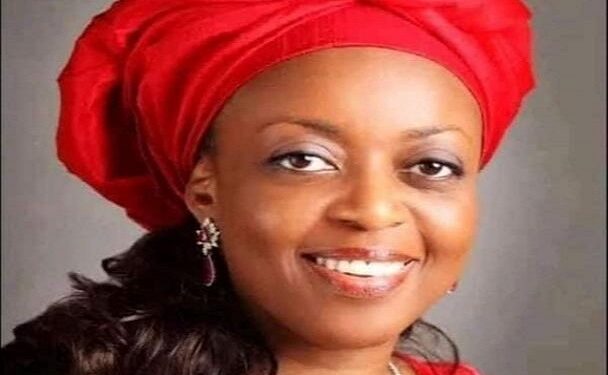 As the Federal Government began processes for the evaluation of property belonging to embattled Nigeria’s ex-oil minister, Diezani Alison-Madueke commences, Nigerians awaits the actual worth of the numerous property allegedly illegally acquired by the first female Minister of Petroleum Resources in Nigeria.
Alison-Madueke, the Howard and Cambridge University graduate, 61, has been embroiled in a global corruption scandal involving hundreds of millions of dollars that has pulled in investigators from London to Houston to the tiny island of Dominica.
Alison-Madueke’s Property
The various locations of Allison-Maduake’s property best describe her taste for choice property in choice locations across Nigeria and overseas.
According to the Economic and Financial Crimes Commission (EFCC), some properties belonging to her are located in highbrow Banana Island Foreshore Estate, Ikoyi, Lagos. These include 18 flats and six penthouses located at Building 3, Block B, Bella Vista, Plot 1, Zone N, Federal Government Layout.
Other recovered items listed are 125 pieces of wedding gowns, 13 pieces of small gowns, 41 pieces of waist trainers, 73 pieces of hard flower, 11 pieces of suit, 11 pieces of invisible bra, 73 pieces of veils, 30 pieces of braziers, two pieces of the standing fan, 17 pieces of magic skits, six packets of blankets, one table blanket and 64 pairs of shoes.
Recall that the EFCC Chairman, Abdulrasheed Bawa, had stated before the House of Representatives in May that jewellery worth N14bn was seized from Diezani.
613 Organisations Jostle Property, Jewelry, Vessels Evaluation
The Federal Government had last week begun the process of screening 613 independent valuers expected to manage the sale of the assets alleged to have been illegally acquired, which have now been permanently forfeited to it in about 25 locations throughout the country.
Reports said the total number of property marked for auction across the country is 1,620, including cars, houses, phones, laptops, vessels and other valuables with Lagos State topping the list of items in the state estimated to be 31 houses and 589 vehicles.
The Chairman, Inter-ministerial Committee on the Disposal of Forfeited Assets, Mohammed Etsu, told journalists recently that 229 proposals were received for the valuation of plants, machinery, motor vehicles, furniture and equipment, while 75 companies submitted bids for the valuation of water vessels for disposal, and 25 companies presented bids for the valuation of jewellery, ornaments and clothing materials for disposal.
Etsu assured that his committee would ensure a harmonised and transparent process to safeguard the recovered assets by the relevant agencies. 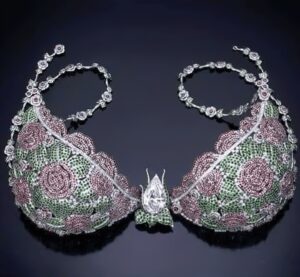 He said, “At the expiration of the deadline, 284 firms submitted bids for the valuation of landed property, including residential, commercial, institutional and underdeveloped plots of land slated for disposal.
He appealed to the successful valuers to be thorough in their estimation.
Who Is Deziani Allison Maduake
According to Wikipedia, Diezani K. Agama was born in Port Harcourt, Rivers State, Nigeria. Her father was Chief Frederick Abiye Agama. She had her early education in Shell camp and attended Hussey Model School after the Nigerian civil war. In 1968, she enrolled in a Township school, Port Harcourt and went on to Holy Rosary Government Girls Secondary School where she sat for her WASCE in 1975. She proceeded to Federal School of Arts and Sciences in Mubi, Gongola State (now Adamawa State) for her A’ Levels and then moved to the United Kingdom in 1977 to study Architecture.
While in the UK, she commenced studying Architecture in England but then moved to Howard University in the United States and graduated from Howard with a bachelor’s degree on 8 December 1992. In 2002, she attended Cambridge Judge Business School for her MBA degree. Diezani is a beneficiary of the Chevening scholarship.
Career
She returned to Nigeria in 1992 and joined Shell Petroleum Development Corporation working in the estates’ area of operations in the Lagos office of Shell as well as acting as an architectural consultant. She rose to the position of Head of Civil Infrastructures and then became Head of Corporate Issues and Crisis Management Unit in 1997. Upon completion of her MBA program at Cambridge, she was made Lead Joint Ventures Representation Adviser in 2004.
Allison-Maduaeke In Corridors of Power
Alison-Madueke has held three significant positions in the Nigerian federal government. She was appointed Transportation Minister in July 2007. On 23 December 2008, she became the Minister of Mines and Steel Development.[10] When Vice-President; Goodluck Jonathan became acting President in February 2010, he dissolved the cabinet on 17 March 2010 and swore in a new cabinet on 6 April 2010 with Alison-Madueke as Minister for Petroleum Resources.
As Minister of Petroleum Resources, Alison-Madueke pledged to transform Nigeria’s oil and gas industry so that all Nigerians benefit. In April 2010, President Goodluck Jonathan signed the Nigerian Content Act, which aimed to increase the percentage of petroleum industry contracts awarded to indigenous Nigerian businesses, a reaction to the domination of the sector by foreign operators. 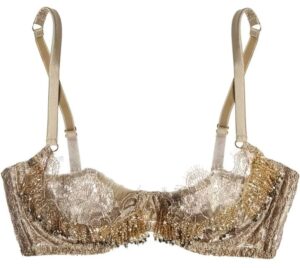 Allegations Of Corruption And Financial Misconduct
A PBS NewsHour segment quoted American and British officials saying that former Petroleum Minister Diezani Alison-Madueke might personally have organized a diversion of $6 billion (N1.2 trillion) from the Nigerian treasury.
She has been charged with responsibility for $20 billion missing from the Petroleum agency. She’s been accused of awarding multi-billion Naira contracts without recourse to due process and of recklessly spending government funds as well as wasting billions of naira inappropriately on private jets. In October 2009, the Senate of Nigeria indicted Diezani Alison-Madueke and recommended prosecution for the transfer of N1.2 billion naira into the private account of a toll company without due process and in breach of the concession agreement.
On 2 October 2015, unconfirmed reports by Reuters alleged that Alison-Madueke had been arrested by the UK’s National Crime Agency (NCA) in London, along with four other people on suspicion of bribery and corruption offences.
Also in Nigeria, her home in Asokoro, Abuja was raided and sealed by anti-corruption agents of the Nigerian Economic and Financial Crimes Commission, a few hours after her alleged arrest in London. On 28 August 2017, a Nigerian federal court seized 7.6 billion naira ($21 million) from bank accounts linked to Alison-Madueke.
In 2017, the US Justice Department’s kleptocracy team seized $145 million worth of assets that had been purchased “for the benefit of” Ms. Alison-Madueke. Among the assets were a $50 million apartment in New York, properties in California, and an $80 million yacht; Galactica Star.
As part of the Pandora Papers leak in 2021, Alison-Madueke was accused of accepting $17 million in gifts and property from three Nigerian oil businessmen in exchange for favours as part of her role as Federal Minister of Petroleum Resources.
Alison-Madueke was the first woman to hold the position of Minister of Petroleum Resources in Nigeria, and in October 2010 she became the first woman to head a country delegation at the semi-annual OPEC conference. She was also the first female Minister of Transportation, and the first woman to be appointed to the board of Shell Petroleum Development Company Nigeria. On 27 November 2014, she was elected as the first female President of OPEC.
In September 2008, there was an unsuccessful attempt to kidnap Alison-Madueke at her house in Abuja with her son, Chimezie Madueke.