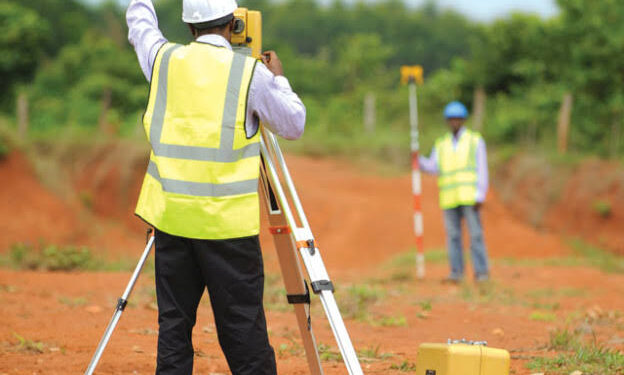 The Acting Surveyor General of the Federation (SGoF), Surv. Abduganiyu Adeyemi Adebomehin has said that Nigeria must be remapped to address her challenges.

Adebomehin, in a statement by his Head of Press and Public Relations, Abu Michael, spoke while defending the 2022 budget appropriation at the National Assembly.

The Surveyor General of the Federation insisted that Nigeria must be remapped for her to be able to successfully deal with various challenges negatively counting against the genuine commitment and efforts of the Federal Government towards achieving a more effective security network, supportive environmental order, physical infrastructure and socioeconomic system to guarantee sustainable development.

Surv. Adebomehin disclosed that the current Nigeria Map was produced for the country by the Canadian Government in 1970, and that what OSGoF does was to continue to update the map from time to time hence a new one has not be produced since then.

He reasoned that the country would continue to find it difficult to make effectual decisions, plan well and successful implement or execute her people-oriented and developmental projects without current topographical sheets that could provide the leadership timely and reliable data to work on.

Poor funding of the Office, according to him, has hindered the production of current topo-sheets, provide a good number of Continuously Operating Reference Station (CORS) across the country, and maximize the High Performance Data Centre of the Office among others.

He said that OSGoF would require a drone that could fly for certain period of time to generate data for a complete topo-sheet.

He assured that if properly funded, OSGoF could provide the necessary support to enhance the country’s Internally Generated Revenue (IGR), combat her security challenges, and supports the Nigerian satellite system, weather forecast among others.

Members of the House Committee on Works and Housing, chaired by Honourable Abubakar Kabir Abubakar, according to the statement, acknowledged the relevance of OSGoF and requested its leadership to provide the committee critical documents for more information and intelligibility for better appropriation hence there could be a need for further interaction.