by John Igbede
in Industry News
0 0
1 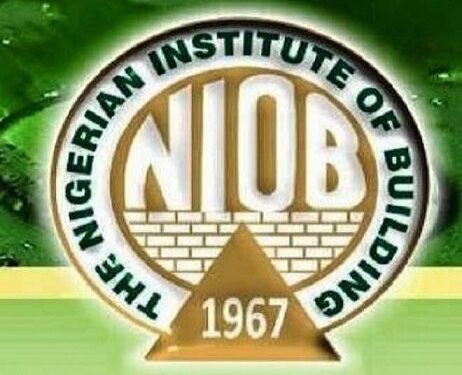 The Nigerian Institute of Building (NIOB) has called on the National Assembly to expedite passage of the National Building Code Bill to check frequent building collapse in the country.
Besides, the Institute also asked Lagos State Government to engage teams of independent professionals as building inspectors who would monitor numerous construction sites in various localities across the state.
Mr Lucky Isename, Chairman, Lagos State Chapter of NIOB, made this known during the News Agency of Nigeria (NAN) forum in Lagos on Sunday.
Isename, who was reacting to the collapse of the 21-storey building at Gerrard Road, Ikoyi, Lagos, declared that the delay by National Assembly to pass the Building Code Bill was responsible for incessant building collapse.
Emphasising that the speedy passage of the Building Code Bill would ensure that professional builders worked on sites, he added that no professional would want to lose his or her certification.
He commended the Lagos State Government for domesticating provisions of the Code in its building control laws but advised the government to collaborate with professionals in the built environment to effectively implement the laws, saying the state government lacked adequate manpower to tackle infractions of building control regulations.
He admitted that the state government building monitoring agencies, in particular, had become short staffed, adding that had also affected effective supervision of numerous construction sites all over the state.
Chairman, Lagos State Chapter of NIoB , who advised the state government to engage teams of independent professionals as inspectors who would monitor numerous construction sites in various localities across the state, called for strong synergy between the Ministries of Works, Environment and relevant professional bodies in supervising construction sites and ensuring that the right professionals are used.
He also advised professionals in the built environment to operate within their boundaries in view of the interwoven roles of various experts to ensure quality construction.
According to the NIoB official, different professionals are supposed to perform different responsibilities during construction, but there are instances where an architect, for example, wants to do the job of an engineer and a builder, put together.
“From the rubbles of the collapsed building, it is clear that the materials are substandard and there was poor supervision, bringing me to the question, were professionals employed?