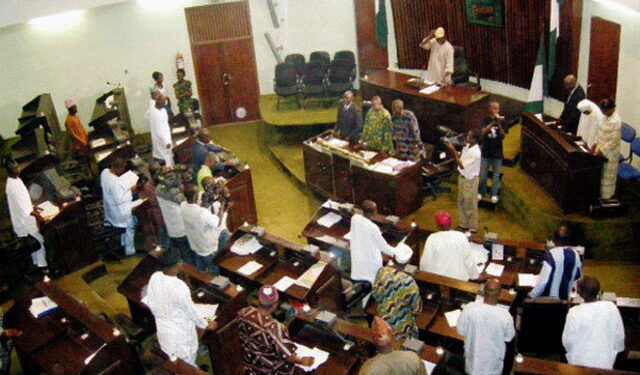 Ogundina, in a press release he signed stated that the Ogun State House of Assembly, under the leadership of Rt Hon Olakunle Oluomo, during a plenary session last week directed its committee on Lands and Housing, led by Honourable Damilola Soneye to look into petitions from some residents of the Obada Oko communities with the view to resolving it.

The group also commended Alhaji Mutairu Owoeye, an Ogun State based estate agent for honouring the committee’s invitation leading to the resolution of the crisis.

Honourable Soneye expressed the commitment of the Ogun State House of Assembly to finding a lasting solution to land crisis in the state.

The committee warned against forceful takeover of land in any part of the state and warned aggrieved land owners to seek redress in court .

The group, therefore, commended the Assembly for prioritising the interest of the people and development of the state above individual or political interests by attending to the needs of the people .

“It is a popular but erroneous belief that the legislative and the executive arms should be adversaries. Lots of developments are achieved when both arms cooperate and work hand in hand for the collective good of the people,” he said.

Owoeye, while speaking with journalists, shortly after the meeting with the committee members lauded the lawmakers for their intervention, stating that
his company only bought a large expanse of land from Lasabi Openifa family in Obada Oko.