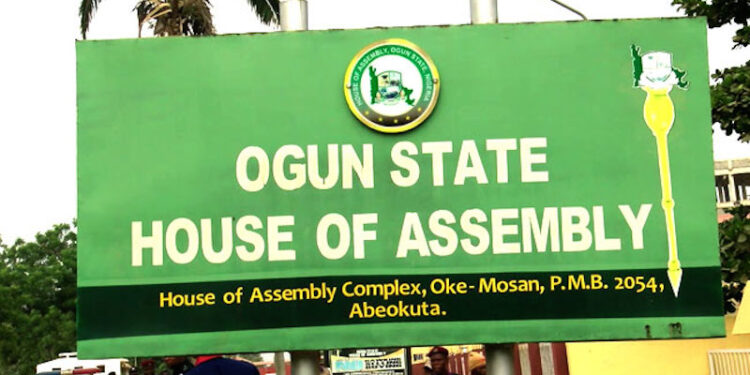 The Ogun State House of Assembly has directed one Alhaji Mutairu Owoeye of Agbara Junction in Atan-Ota to appear before its Committee on Lands and Housing.
Owoeye is billed to appear before the Assembly on Friday, August 27, 2021, at 11:00, am on a petition from 12 Community Development Associations situated at Obada-Oko within Ewekoro Local Government of the State.
He was summoned over alleged land invasion following a presentation by the member representing Obafemi/Owode State Constituency, Hon. Damilola Soneye.
A release by the Clerk of the House of Assembly and Head of Legislative Service, Mr. ‘Deji Adeyemo, stated that his appearance before the Assembly was essential as non-compliance may attract the invocation of Section 129 of the 1999 Constitution of the Federal Republic of Nigeria (as amended).

However, the OGHA has acknowledged Governor Dapo Abiodun’s letter, requesting its consideration and approval for the State Medium Term Expenditure Framework (2022-2024 MTEF).
This is to aid the smooth process of planning and budgeting for the next fiscal year.
Abiodun’s request is contained in the letter dated August 23, 2021, and read by the Speaker, Rt. Hon. Olakunle Oluomo, during plenary, was under relevant sections of the State Fiscal responsibility Law, 2020.
The Governor also through another correspondence proposed an amendment to the State Public Procurement Law, 2014, in response to the need for the State to comply with the World Bank Annual Performance Assessments (APA) 2 and 3 respectively, which placed a strong emphasis on the independence and professionalism of the Public Procurement Regulatory Agency.
At the plenary, the lawmakers observed a minute silence in honour of Senator Biyi Durojaiye, the immediate past Chairman of the Nigerian Communications Commission (NCC), and a former Senator elected on the platform of the Alliance for Democracy (AD) from the Ogun East Senatorial District, describing him as an illustrious son of the State, a thorough-bred legislator, loyal party man, and a distinguished Nigerian.
The Assembly also commiserated with Mr. Gboyega Nasir Isiaka, over the death of his mother.