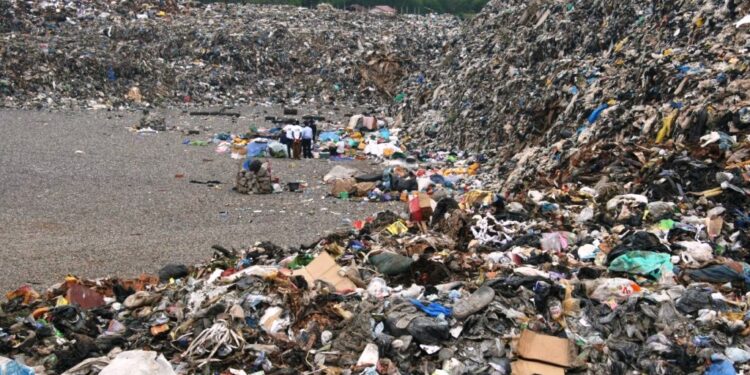 Ogun state government has warned unsuspecting residents of the state, especially those in the urban centers against buying government acquired lands meant for dumpsite purposes from land speculators because of their future environmental and health implications to their well-being and the overriding public interest.

Ola Oresanya, Special Adviser to the Governor on Environment and Chief Executive Officer of the Ogun state Waste Management Authority OGWAMA, gave the warning in the wake of encroachment of lands designated as dumping sites by the state government which was sold to the unsuspecting general public by land speculators for residential development.

Oresanya said before buying land near any government-owned dumpsites because they come cheap, residents must contact the Bureau of Land and Survey, Ministry of Environment and the Ogun-state Waste Management Authority OGWAMA to confirm their status so that they will not be offered government-acquired dumpster.

He warned that such land may later be reclaimed by the government due to environmental and health implications on the people living near the sites.

He said, “A case that comes to mind is that of Saje Dumpsite in Abeokuta which was leased by the Ogun state government in July 2006 and falls within LUD Site IV Acquisition which was sold by land speculators to the unsuspecting public.

“As at the time of its lease and subsequent acquisition the dumpsite was an abandoned quarry of 18.43 hectares of land space, however, the dumpsite is now surrounded by residential houses as owners were tricked by land speculators who sold the acquired land to them.

While reiterating the state government’s determination to resolve the issue of residents encroaching on Saje dumpsite land acquisition, Oresanya advised other residents to be wary of land speculators who sell government acquired land to them cheaply, saying that cheap things, especially landed property might later have negative and unpleasant future consequences.