by Tunde Malik
in Industry News
0 0
1 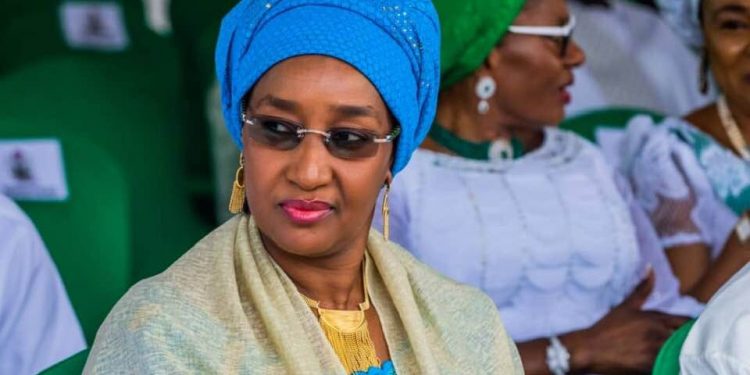 Minister of Humanitarian Affairs and Disaster Management, Sadiya Umar Farouq, has said that her ministry’s response to the Covid-19 pandemic has been all-encompassing.

The minister stated this recently while speaking to journalists in Abuja on her ministry’s achievement in the last one year, stating that the ministry and its agencies were totally involved in the distribution of different kinds of palliatives to the most vulnerable in the society.

She added; ”By the most vulnerable, I mean Refugees and Internally Displaced Persons(IDPs), People Living with Disabilities, Older Persons, Trafficked Persons, Orphans, the Poorest of the Poor in communities, Petty traders and other persons of concern. The distributed palliatives include foodstuffs like rice, maize, millet, sorghum, vegetable oil, tomato paste, milk, sugar and spaghetti

She added that the distribution of palliatives had some logistics and administrative challenges. Logically you can appreciate the difficulty of moving tonnes of relief materials across the country using hired commercial vehicles and restriction of movements. The ministry does not have vehicles of its own

“Administratively you have the challenge of the administrative set up of the country with federal, state and local government as well as a community-level governance structure. Do you have to make the difficult call as to whom do you hand over these palliatives? At what level do you hand over? How do you ensure that those at the grassroots and those that are really in need get the palliative?

The minister said, “to reduce the logistics problem, the food items were handed over to the State Governments who are in a better position to identify and distribute the palliatives to the most vulnerable groups in their communities at the same time ensuring that the Ministry has involved the relevant stakeholders in the process”

She further told journalists that the ministry provided relief to disaster victims and ensured the maintenance of IDPs, adding “in the wake of Covid-19 pandemic, President Muhammadu Buhari put in place the Presidential Task Force on Covid-19 of which I am a member to coordinate Government’s response to the pandemic. Specifically, Mr President gave directives for the ministry to carry out interventions by providing palliatives to poor and vulnerable groups. We have carried out this directive accordingly”.

Farouq added that, aside from the response in terms of providing food items for the most vulnerable, the ministry following the Presidential directive, provided a moratorium extension of three months to 1.8million beneficiaries with active loans. Also, there was an immediate suspension of loan prepayment protocols for the three-month extended moratorium.