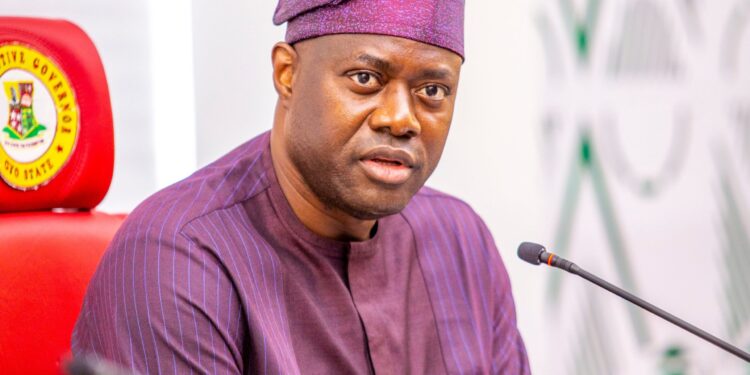 An appeal has gone to the Oyo State Governor, Engineer Seyi Makinde to save home owners and residents of Oki community of Egbeda Local Government Area over treats by some individuals identified as land speculators.

The landlords, land owners and residents of the LGA expressed fear over alleged unwholesome activities of the land grabbers that have besieged the community of late.

The vast settlement, located along Iwo Road in the heart of Ibadan, the state capital, harbours close to 30 autonomous communities and zones within which there are more than 3,000 houses, commercial structures and other properties including undeveloped pieces of land.
All of this had reportedly attracted some people who now claim to be original owners and make violent attempt to exercise certain rights.

Sources said fear had enveloped the community has residents and landlords now live in fear as the activities of the individuals have assumed a dangerous dimension.

Residents, who spoke on condition of anonymity, fingered some individuals described as members of Akindipe family as being behind the whole crisis.

They accused them of employing the services of an Ibadan-based socialite who they described as a professional land grabber (Ajagungbale) and with whom the Akindipes have been disturbing the peace of the whole communities since last year.

One of the residents confirmed the development to home property.com as pleaded anonymity.

According to him, “It is true some impostors are laying claim to the ownership the whole place and they have taken many steps including violent attacks on innocent people to either extort property owners or take total possession of other people’s properties. They parade themselves as descendants of Akindipe family whose root cannot even be traced to Oki here.

“I’m an indigene of Oki and I can confess openly that our fathers, grandfathers and great grandfathers sold a good portion of land here to the present occupants.
“To this end, we don’t have any right to the pieces of land again but these miscreants who are not even related to us have now come around to forcefully take over what belongs to others. They started by installation of one Munirudeen Alatise as Baale in April this year and the same man is the one authorising his agents to unleash terror on the people with a view to taking over their properties,” the 58 year-old man lamented.

Another female resident, who preferred anonymity, recounted her ordeal in the hands of the land grabbers who, she said, always moved round the communities with dangerous weapons and lay claims to undeveloped pieces of land which they either try to resell to the real owners or get a new buyers.
“We reliably learnt that these usurpers have entered into an agreement with one Óbàjétì who they allowed to erect a mall on the first pieces of land which they hijacked with an understanding that he would use his machinations to subjugate all of us (genuine property owner) to submission through violence.

“Apart from the illegal Baale, there are others like Alfa Sule and Taofeek who mobilize thugs and policemen each time they want to encroach on innocent people’s property. At the moment, they target undeveloped pieces of land and recently, a pastor fell victim as they forcefully seized his five plots of land and asked him to pay seven million naira in addition to a demand for ceding half of the land to them.
“This was without any justification other than a verbal claim of ownership. We now live in fear because these impostors can do anything to perpetrate their nefarious activities.” She added.
Bashorun Ariyo Fadairo, the President of Oki and Environs Landlords and Residents Association, in a interview with newsmen described the situation as highly ridiculous and disturbing.

He then appealed to Gov. Seyi Makinde and all authorities concerned to wade in urgently to “forestall likely breach of public peace which might happen any moment from now since the land grabbers are resolute in going ahead with their plans to forcefully take over our properties.
The affected areas include; Oki, Wofun, Alekuso, Ayenreti, Aba-Ada, Agoro, Oke-Ola, Arinkinkin, Agbede, Oke-Ola, Eketa-Omo and Isokan, Alaska, among others.