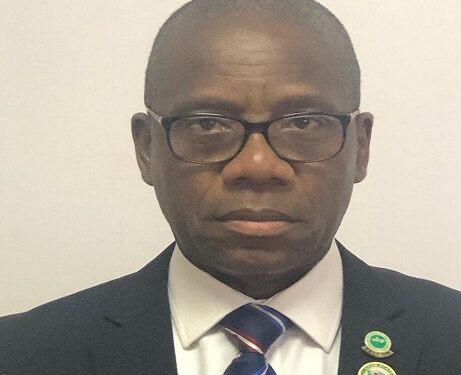 Ogun State Commissioner for Physical Planning and Urban Development, Tpl. Olatunji Odunlami, has warned members of the public in the State against contravening the building laws of the State to avoid loss of property.

Odunlami who dropped the warning while addressing journalists in his office in Abeokuta, said there are certain reserved areas, known as committed acquisitions, which are set aside by the government to build social amenities such as schools, hospitals, roads, among others, which must not be infringed upon by any developer or builder.

Odunlami acknowledged that such areas could be conceded to communities and villages that have been domiciled there for long periods of time, advising members of the public to go through necessary processes which begin before the purchase of land with Search for Title, and others, such as acquiring planning information and obtaining building approvals for their properties.

“Houses are not just demolished arbitrarily, but there is a process involved. We start by serving the contravention notices, then the demolition and quit notices before the actual demolition commences. All these notices are done over a certain period of time, which allows for property owners who have their documents to present them to any of our 22 Zonal Town Planning Offices across the State, or even to our headquarters in Oke- Mosan, Abeokuta.

“Only people who can establish their claims through necessary documentation will be eligible for compensation or resettlement, as the case may be if such properties have to give way for the development of any kind by the government. This is why we hardly demolish immediately we serve those series of notices”, the Commissioner emphasized.

In his contribution, Special Adviser to the Governor on Land Matters and Director-General, Bureau of Lands and Survey, Mr. Ololade Salami stated that when the government reserves portions of lands to certain people, they should adhere strictly to the boundaries defined in the records.

Salami noted that the Governor has certain rights within the Land Use Act to act in terms of the acquisition, urging people to be conscious when making official enquiries about the status of any land, as such matters are subject to prevailing realities of any period.

Also speaking, Commissioner for Information and Strategy, Alhaji AbdulWaheed Odusile, implored journalists to use their various channels to sensitize the populace about the dangers of contravening the building laws of the State, which he said were created not only to ensure that the State is beautiful but to make sure that safety standards are maintained, to avoid unfortunate incidences of building collapse and other such ills.