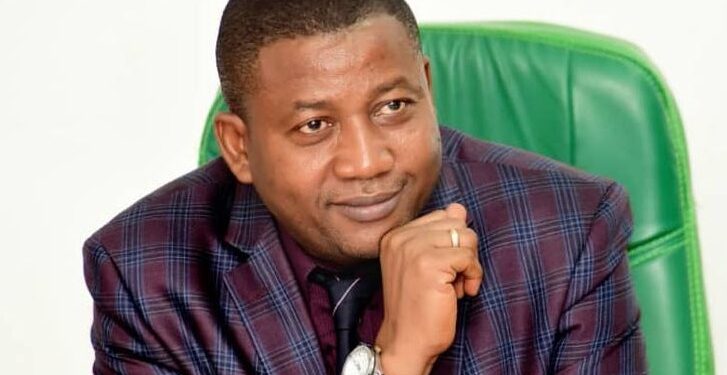 Hon. Roland Asoro, Deputy Speaker, Edo State House of Assembly, has declared that the passage of the property protection law will ensure haven for investors coming to Edo State.

He, therefore, called on investors from various sectors of the economy to come and invest in the state, as the government has put in motion the necessary machinery to ensure the success of their investments.

Asoro, who made the call while performing the groundbreaking ceremony of phase nine of D-Prince Builders Estate located at Ugbor area of the Benin metropolis maintained that all necessary laws have been passed by the state House of Assembly to ensure the successes of business establishments in the state.

“As you are aware, this government led by Governor Godwin Nogheghase Obaseki is responsible. A government that is ready to bring about the much-needed development to Edo State. And the government alone cannot perfect all the sectors.

“We are welcoming investors from different sectors of the economy to come to Edo State, and assist the government in developing the state.
“Today, Prince Builders has come and it has settled in the real estate sector and is doing very well.

And that is why I am here to encourage him, just as I would also encourage well-meaning individuals who come to invest in Edo State,” he stated.

The deputy speaker listed interventions by the Edo State Government to ensure haven for investors to include: the passage of the protection of property law; which gives the right to people to own lands that do not have issues and when they are also building there would not be any encumbrance as the government has banned the activities of Community Development Association, CDAs, which had in the past interfere in the construction of buildings.

In her remark, former chairperson, Egor Local Government Area of the state, Mrs. Eghe Ogbemudia also called on investors to invest more in Edo State, noting that the more we have investors, the more we create jobs.

While wishing D-Prince Builders and Real Estate Developers well, Ogbemudia called on individuals and groups to patronize them, so that they would have more money to continue with investment in the real estate sector.

Earlier, the Chief Executive Officer/ Managing Director, D-Prince Builders and Real Estate Developers, Mr. Cyril Omoregie in his address implored members of the public to take advantage of the opportunity his real estate has to offer them by buying into the property.

Omoregie revealed that one could acquire land in the estate for as low as 3 million naira and a duplex for 55 million naira.

He maintained that D-Price Builders Estate, Phase Nine in the Ugbor-GRA area of Benin City would have constant power supply, recreation centre, police station and shopping mall, among others.

“As you can see, the place is in a very good and serene environment. It is developed already. We have houses around this place, already.
“In all our estates nationwide, either in Benin, in Lagos or Abuja, with just 50,000 naira initial deposit under a promo currently running, you can own land in any of our estate. This is operation “I must be my landlord,” he stated.

The site engineer at Phase nine of D-Prince Builders Estate in the Ugbor area of Benin City, Abdusallam Nurudeen assured of the readiness of the company to continue to ensure timely allocation of buildings and lands to buyers.

The engineer who disclosed that the real estate company is building 200 housing units in Ugbor, assured that anyone who keyed into the project would have his building delivered to him within six months.

He listed facilities at the proposed estate to include 24-hour solar light, children’s playground, good security gatehouse, good perimeter fencing and a good drainage system, among others.