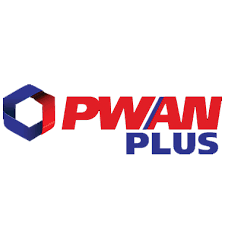 There has been a significant slash in the cost of owning luxury apartments and terraces in the Ikoyi area of Lagos, one of Africa’s most affluent communities.

Amb. Oyedemi said that before the colourful groundbreaking of the seven-story building, described as a highly contemporary modern design, the cost of acquiring a luxury home in the affluent neighbourhood was about N5 million.

“But with the arrival of Cedarwood Maisonettes in Ikoyi, prospective subscribers, who desire luxury apartments and terraces, can now buy a home that they can call their own at less than N2 million”.

He explained that Cedarwood Maisonettes by PWAN PLUS, which is located near the Economic and Financial Crimes Commission head office, is at the moment the star project of the company, adding that the vision is to make luxury affordable to all Nigerians.

He said, “It’s a memorable and beautiful day to be in Ikoyi to do the groundbreaking of Cedarwoods Maisonettes. The vision is to give all Nigerians affordable luxury. As a group, we at Property World Africa Network (PWAN Group), are ready to make that vision a reality, making sure that every Nigerian can afford the luxury.”

Oyedemi added that Cedarwood will be replicated in different parts of the country. “The Cedarwood luxury brand is just amazing and this is the top project this year. We have the first project comprising 40 units of apartments and terraces which have been built at Ajayi Apata Estate on the Lekki axis, the second project running in the Lagos Free Trade Zone area which is another 34 units of luxury bungalows, and here we are building seven floors nine units of luxury Maisonettes, the MD/CEO explained.

“Currently, we are working with some mortgage institutions, which have seen our integrity and are ready to finance for their customers and I think that will make the apartments affordable for Nigerians,” he added.

Before the Cedarwood brand by PWAN Plus blazed the trail for other PWAN Group’s affiliates into the Ikoyi properties market, the group had concentrated on its original vision of buying lands in developing communities and its mission of making the homeownership dream a reality for all.

Speaking at the groundbreaking event, the elated Group Managing Director of PWAN Group, Dr. (Mrs.) Jayne Obioma Onwumere gave all the glory to God even as she went down memory lane saying: “Before we proceed with this programme, there is one person I want to recognise myself. After that recognition, we will recognise the most important personality on earth. That person is Mrs. Piece Oyedemi. Truly speaking a man can only do as much when he has peace. Julius has been able to do this much because he has peace.” 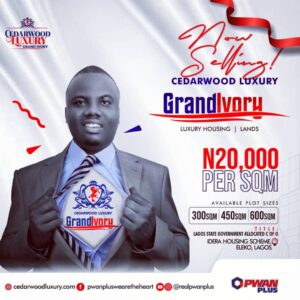 The GMD stressed that it is the couple that PWAN Group has recorded presence in the highbrow Ikoyi, “The woman agreed to go with Julius even though he had nothing when he had no shelter; and today, it is this couple that brought PWAN Group to this groundbreaking in Ikoyi. She is here today with her husband for us to do this very important ceremony.”

The GMD also recalled the humble beginning of the PWAN brand saying: “This organisation started with a desire to raise N300, 000 to rent an apartment. My husband, the Chairman of PWAN Group, and I were homeless. We didn’t have accommodation; we wanted to make sales, we wanted to sell land so that we can raise N300, 000 to pay house rent. That was how this whole thing started. So I will say that the Lord is the one who knew today, and he did not fail. We just wanted to raise N300, 000.”

Dr. Onwumere assured prospective subscribers that real estate is one investment avenue where the investor has nothing to lose. “This ground that we are standing on has been here since the creation of the world. It has not shifted anywhere. So when an investor invests in a carefully selected property, the money, the investment will grow. For those who are buying into the property for residential purposes, we want to promise you that whatever building we put up everywhere is going to be carefully chosen and well done in such a way that you will have no reason to regret investing in PWAN Group,” she assured.

He added, “It’s open sesame, your four-bedroom luxury duplex, the general area of your maisonette’s mansion, and the entire atmosphere respond to you as though in sync with your mind. And everything you ever need is only taught away.”