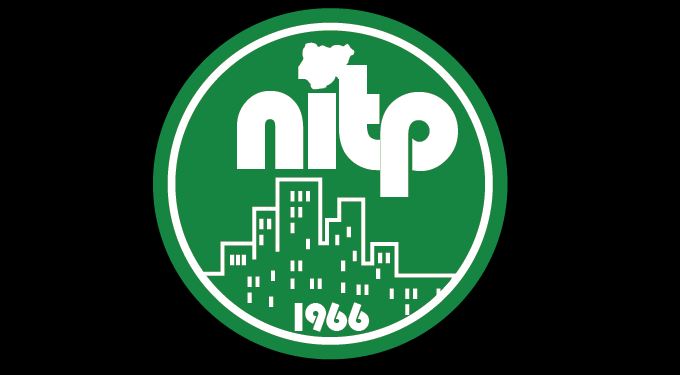 Earlier in the year, the National President of the Nigerian Institute of Town Planners (NITP) and his team made a tour of over 16 states across the country. The essence of the visit was to assess the state of physical planning in the state and to sensitise people on the importance of town planning and planners.
In this essay homes and property captures and review the findings of NITP in some states of the federation as it reflected alterations in master plans of some cities and non-implementation of the National Town Planning Laws of 2004 in some instances. JOHN IGBEDE writes

The visit by the nation’s number one Town Planner and the National President of the Nigerian Institute of Town Planners (NITP), Toyin Ayinde to some states of the federation in May 2021 showed the porous nature of city centres and communities across Nigeria.
The NITP is a professional association of those trained in the art and science of bringing order and creating functional and sustainable cities and communities to ultimately guide the growth and development of human settlements.
Prominent among the revelations by governors during the statewide visit include the acceptance of guilt over the illegal and fraudulent alteration to the original master plan of many towns and cities in Nigeria for personal and political gains.
Speaking during the 2021 World Town Planning Day, Tpl. Olutoyin Ayinde (Fnitp), described town planning as state power, saying it is driven by idealistic professionals committed to sustainable human settlements.
He described the Town Planners’ creed as, “The process is also citizen-driven as plan preparation, implementation, and periodic review follow collaborative bottom-up principles as citizens have their inputs in plan formulation. Generally, the process employs futuristic reasoning and immediate action to birth sustainable and equitable communities.

During the nationwide visit to Imo State, the Governor, Senator Hope Uzodimma reaffirmed his determination to correct all illegal and fraudulent alterations of the original Owerri Master Plan, promising that his government will work to ensure that the State is the best-planned in Nigeria.
The Governor expressed his readiness to bring in place a Master Plan that will not only act as a road map for all development but encourage and guide investment to stimulate the economy, create jobs and bring prosperity to Imo State.
He informed members of the NITP that his administration understands clearly the importance of physical planning to development; hence he is prepared to do his best to encourage critical stakeholders in the sector to ensure that Imo State is physically planned and organized, from the rural to the zonal and the urban centres.
Uzodimma assured that his administration will collaborate with NITP in raising awareness towards making Imo people understand the need to do things the way other people all over the world do them to achieve success.
The Governor, therefore, charged the State Chairman of Nigerian Institute of Town Planners to coordinate his colleagues towards forming a partnership with the Government that would not only restore and review Imo State Plan, starting from Owerri Master Plan up to the rural places but “be ready to create a document that will be called a Vision Document that will guide social and physical development in Imo State.”

In his address, Ayinde emphasized that Physical Planning is the bedrock to beautiful development, adding that true Town Planning is the answer to good governance and reiterated the need for Master Plans comprising City Plans, Town Plans and Village Plans as a necessity for genuine development of Imo State in particular and Nigeria in general.

Osun: NITP Laments Non-domestication Of National Town Planning Law of 2004
The visit to Osun State was quite alarming as the team found that the Osun State Government has not domesticated the National Town Planning Law of 2004 as required by the law.
The implication of this non-implementation of the law is that every building approval plan given in Osun is an illegal document.
Ayinde also disclosed that the Planning Bill has been passed into Law by the Osun State House of Assembly but that the state government has not put his accent to it probably due to the fact that he needed more information about it.
He revealed that he was on a nationwide tour with the intention of checking states that had not domesticated the law, adding that he began the tour in May.

Ondo, Ebonyi, Others Have Zero Regard For Town Planning

NITP President, Tpl. Ayinde, in the course of the visit to Ondo and Ebonyi states, disclosed that the Nigerian government does more economic planning, relegating physical planning to the background, adding that a disconnection between it always ended in chaos and stillborn projects because the consequences of not planning will be visible for all to see.
While noting that Osun State has the largest number of urban settlements in Nigeria, he expressed concern that the development was coming without plans.
“Once you are having that, you are developing in chaos and it is a recipe for disaster. We either plan or we perish. There is now a compelling reason for planning due to the explosion in population and limited land resources.
“This, in turn, can be related to widespread inter-communal and farmer-herder clashes because of the pressure on land,” he said.

The National President of the Nigerian Institute of Town Planners, Tpl Olutoyin A. Ayinde, on his visit to the gateway state, Ogun advocated for a proper building plan for the Nigerian States to bring about sanity and engender affordable houses for the citizens.
He emphasised the need for official approval of the building plan by the Town Planning authority, saying that a plan must be drawn first before the building of houses, adding that the absence of this is one of the causes of rampant demolition of houses and unorganised housing arrangements.
Tpl Ayinde, a former Commissioner to former Governor Fashola in Lagos State said that in other developed countries houses are properly planned and well-arranged resulting in buildings having the same height and shapes in each estate.
He added that because the government had provided public housing scheme for its citizens, no one goes to buy cement or building materials for themselves, saying the houses are well catered by the government.
He lamented that unfortunately, this was not the case in Nigeria as prospective homeowners do so on an individual basis, saying that citizens buy lands and build anyhow according to their financial capabilities and that a lot of dangers are associated with haphazard building construction.
The NITP National President disclosed that the government had failed over the years to explain the roles
of Nigerian Urban and Regional Planning law.
He lauded the efforts of Ogun State Governor, Prince Dapo Abiodun for putting in place laudable plans towards proper town planning and affordable housing scheme for its citizens, saying more sustainability and support are still required.
The Nigerian Institute of Town Planners (NITP) attributed communal clashes and farmers-herdsmen conflicts over ownership of land to lack of physical planning, saying the country did not experience such clashes in the early days of independence because the population was small.

Governor ‘Seyi Makinde of Oyo State during a meeting with members of the institute admitted that proper town planning remains a big challenge to the state.
He said: “You are welcome to Ibadan and I am glad that you came yesterday and you must have seen some things around. Well, just as you have identified, town planning is a big problem for us in this country. Where I was born, the actual address of the building my parents stayed at, which still stands out there, is N4/79. It is still in Ward 4 of Ibadan North Local Government today.
“Actually, some people started planning this country, but we took the wrong turn. I took somebody to the Central Business District at Dugbe here and he said some people have actually started something.
“Somebody came to me last week and asked if he could help rescue Bodija? It belongs to the Housing Corporation. It was the first properly planned estate in Nigeria. It was supposed to be a purely residential estate but you have restaurants, clubs, and noise all over the place.
“So, I thought of how to rescue this place as the governor of Oyo state. They said I need to make enforcement by, first of all, ejecting the people. But there is something deeper than just enforcement by the government.
The statewide tour was an eye-opener to the institute to partner states and remedies the situation to avoid disasters. 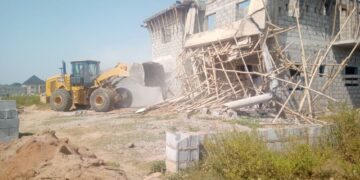