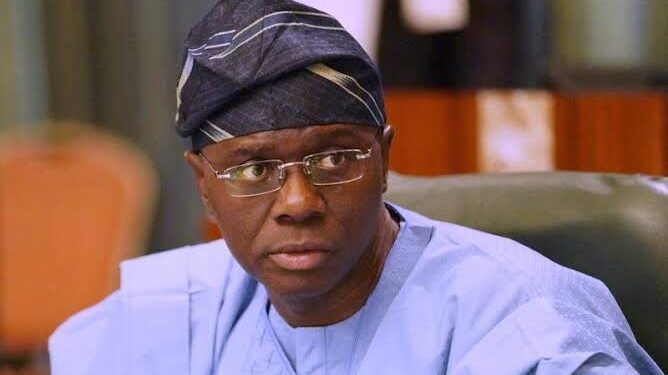 In an effort to reduce housing deficit, Lagos State Governor, Mr Babajide Sanwo-Olu has announced 50 hectares of land for the construction of housing units in the state.

This promise was made in reaction to developers’ demand for land. According to the Governor, the major problem was that a lot of developers do not have the capacity they claim to have.

He said: “We can test you with 50 hectares of land to see your capacity and viability abound.
“A lot of people are holding on and speculating, but the real capacity is the ones that we want. Real people that are ready to hit the ground running are what we want.

“Once you are able to identify these people, I am saying to you here now, that we will work with your association and we will give you workable timelines so that you won’t turn us into speculators.

“Once you are ready, we would also be ready. This is your government that would make sure that we give you everything.

Mr Sanwo-Olu commended the Lagos State Real Estate Regulatory Authority (LASRERA) for its doggedness, noting that the agency was on the right path.

Reacting, Mr Bamidele Onalaja, Chairman, Real Estate Developers Association of Nigeria, Lagos State Chapter said that the association was delighted with Mr Sanwo-Olu’s offer and would not let him down.

“There is little land in Lagos and that is why we want to partner with the government. The government will give us land, we have the money and we’ll get the off-takers to buy the houses.

“It is going to be affordable houses to support the government’s initiative of affordable housing. We are glad the governor has promised us 50 hectares of land to start with,” Mr Onalaja said.

According to him, members of the association will not disappoint the government in its efforts towards reducing the housing deficit in the state.

“When the government partners with us, we will deliver and we will make the governor proud,” he said.