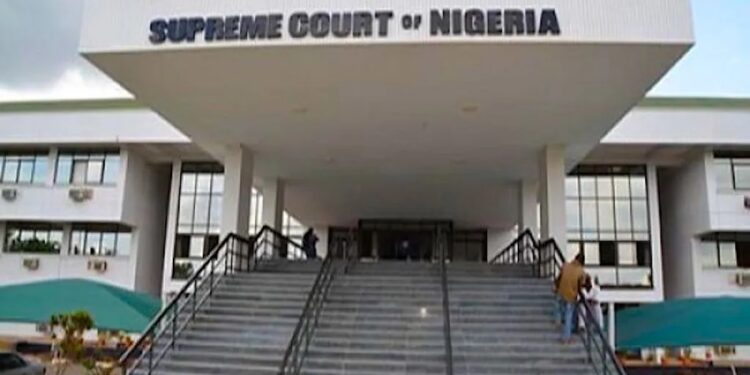 Land wrongly acquired by Kwara State government in Ilorin for overiding public interest but re-awarded to a private interest has been voided by a Supreme Court ruling, according to documents made available to Sunday Independent.

But the state government, in 2007, took over the land statutorily, citing the Land Use Act which empowers state government to acquire any lands within its domain for overiding public interest.

But Alhaji Kasandubu was not only chagrined but also indignant when, after the state’s acquisition of his land, it was then re-awarded to another private entity, Ultimate Petroleum Nigerian Limited.

But 14 years after legal tussle began on the land ownership between the original owner and the private entity, Hon. Justice Montomori Olatokunbo Kekere-Ekun along with equally eminent jurists, of the Apex Court, John Inyang Okoro, Abdul Aboki, Ibrahim Muhammed Musa Saulawa and Tijani Abubakar, have ruled in favour of Alhaji Kasandubu.

At the trial court in Ilorin, the case filed by Alhaji Ibrahim Kasandubu was struck out for being statute barred.

An Appeal was filed by him at the Appeal Court, Ilorin Division.

The Appeal Court upturned the decision of the High Court.

Thereafter, Ultimate Petroleum Ltd through their counsel filed an appeal to the Supreme Court in 2007.

But instead of pursuing the appeal, counsel to Ultimate Petroleum Ltd and the Counsel to Alhaji Shuaib Kasandubu Ibrahim at that point in the case connived, alleged that ly and filed notice to withdraw the appeal and cross appeal in 2011 without the approval and consent of Alhaji Kasandubu, the man whose land was forcefully acquired.

But it was later discovered that the said notice to withdraw the appeal was not before the Supreme Court.

Therefore, the application to dismiss the appeal of Ultimate Petroleum LTD was filed by Alh. Kasandubu and same was granted by the Supreme court of Nigeria.

In the Supreme court’s ruling and order, it said ” he motion on notice filed on 25/8/2021 for the dismissal of the appeal for waTnt of diligent prosecutionú
“The appeal is dismissed,” the Supreme Court ruled.