Senate angry at seizure of lands in Yewa by Benin Republic 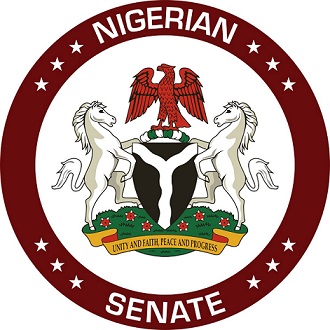 The Senate, on Tuesday, took a swipe at the arrest and intimidation of Nigerians by the government of Benin.

Besides, the Upper Chamber of the National Assembly also condemned the illegal encroachment and seizure of Nigerian lands by the Republic of Benin.

This is coming at the plenary following a motion raised by Senator Tolu Odebiyi which cited reports by some National Dailies detailing the arrest by Benin Security agents, of one Pastor Kunle Gab, and Benjamin Amosu , both residents of Iboko village in Yewa North Local Government area of Ogun State, for demanding the reversal of land encroachment by the government of the Republic of Benin.

Describing the situation as alarming, the sponsor of the motion called for immediate action to secure its release.

He attributed the development to the porous nature of the country’s land borders .

Odebiyi said the action contravenes the bilateral agreement of both countries, warning that if not properly handled it could degenerate to unrest and mass action by citizens.

He recalled that the arrest was made without a court order.