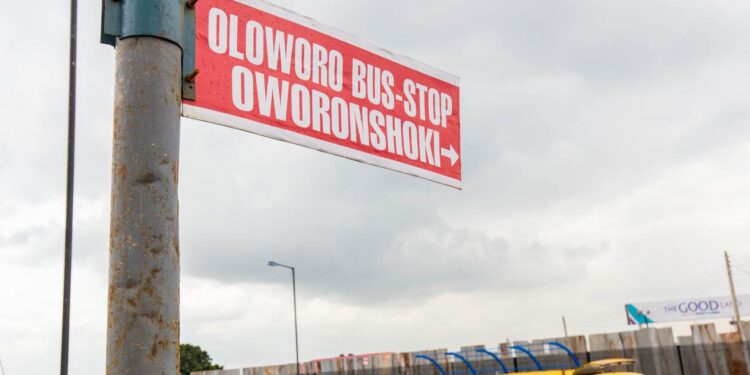 Due to the need to give a new lease of life to the people of Oworonshoki, a sprawling area of Lagos State, the Oworo Youth Forum (OYF), in collaboration with the different stakeholders within the community, has developed an action plan for the area.

Comrade Seun Gbogboade, OYF Secretary, and Towolawi Jamiu, alias Jharmo, the Publicity Secretary, disclosed this in a joint press briefing in Lagos at the weekend.

Titled ‘The Oworonshoki we want’, the action plan, which had been put into a book form published in co-operation with Rethinking Cities and Heinrich BÖll Stiftung, Abuja, placed emphasis on priority areas including infrastructure like water, road, health and education, electricity; youth and women development, security and safety, as well as the environment.

Quoting from the action plan, the OYF described lack of potable water as a major challenge in the Oworonshoki community.

It said: “Due to the terrain and closeness to the lagoon, it is difficult to get quality water in most parts of the community, especially areas close to the lagoon.

“Unavailability of portable water has led to increased household expenditure both in buying sachet water for drinking and borehole water in gallons for other domestic use, adding extra financial burden on residents that are struggling already and posing environmental challenges all in the form of plastic pollution.

“The Lagos State Water Corporation has ceased supplying water to the community for over eight months despite charging residents exorbitant water bills monthly for the irregular and often interrupted public water supply.

“An average house within this low income populated community is billed between N22,000 to N35,000 monthly for inconsistent supply of public water.”

They lamented that in the last five months, January 12 to May 15, the Lagos State Water Corporation had only supplied water for eight days, even as the residents had been paying ridiculous fees monthly.

They added: “Only about 50% of houses in Oworonshoki are connected to the Lagos state public water supply. Water scarcity also challenges the ability of residents to keep up with sanitation and healthful living habits, thereby exposing them to water-borne diseases through the use of contaminated water.”

The OYF called on the Lagos State Water Corporation to restore uninterrupted water supply immediately and stop what they termed “the crazy billing system”, while urging the Kosofe Local Government to undertake the construction of borehole facilities in the community.

The OYF also called for the upgrade of all bad roads in the community, stressing that Oworonshoki had about 160 local street roads with over 90% of it in dilapidated state.

They explained: “It is connected by one expressway, the Oworonshoki-Oshodi expressway; two arterial roads, Olojojo road and Olopomeji road, and two collector roads, Oworo road and Miyaki Road.

“The most common challenge experienced is that of lack of drainage channels along these roads, which exacerbates flood incidences. There have been minimal attempts from the state to address the issue.

“While most movements by residents are done on foot (walking), community roads do not have walkways, making the road unsafe for pedestrians. Those common modes of travel such as walking and cycling have to be integrated into the street design to make the street safe for its users.”

As a solution, the OYF maintained that the local and state governments should fix at least 10 roads in Oworonshoki every year, while there should be construction of primary drainage channels.

The stressed: “Oworonshoki community is a low altitude community surrounded by the Lagos lagoon. Most streets are flooded when it rains due to the low altitude and poor drainage network.

“The problem is worsened by the limited capacity of existing drainage channels, which are also perennially blocked due to improper waste disposal into open canals and drainages, actions that inhibit the flow of stormwater when it rains.

“Less than 30% of streets in Oworonshoki have good drainage channels. More than 20 cases of flooding were recorded in 2021.”

The OYF suggested the construction of Jesus Imesi and Olopomeji channel to divert storm water and reduce impact of floods in the community.

According to them, the Jesas/Imesi and Olopomeji channel should be constructed as specified in the drainage master plan for Lagos State by dal-al-handasah Shair and Partners in Y2015, while they should clear and widen blocked drains.

In the area of education, the OYF called on the state government to build a new public secondary school in Oworonshoki, stressing that public primary and secondary schools in the area had been in shambles with decayed infrastructure.

“The only secondary school, Muslim College, is not sufficient for the population in the community. The students mostly sit on the floor during lectures and in overpopulated classrooms.

“Several children have had to drop out of school or rarely attend school due to the distance and exposure to road accidents.

“Between February 1 and April 20, 2021, four such cases involving school children who were on their way to school were recorded. The accidents can also be linked to the design of the newly rehabilitated Oworo road which has no road signage, traffic calming devices and speed regulator.

“Existing schools do not have sufficient classrooms, nor sufficient teachers, chairs and tables; thus two to four pupils share a seat, exposing them to COVID-19.”

The OYF also called for the construction of an innovative, modern, but affordable market in Oworonshoki, even as they lamented that there had been no decent and convenient markets in the area.

“The majority of the market women in the community sell their produce on the road, along the right of way or they have to rent a shop in a building. Oworonshoki only has two mini markets, Olojojo market and Odo-eran market.

“The lack of a decent and accessible market has reduced local patronage making most residents travel to neighbouring communities to purchase goods.

On what they termed ‘crazy electricity billing’, the OYF urged the authorities to find lasting solutions to power issues which they said had always been a daily discussion in the Oworonshoki community.

The group stated: “Excessive estimated billings, irregular supply of power, faulty transformers or bad electric poles are some of the major issues the community faces with its power holding company.

“Oworonshoki community attributed the irregular supply of electricity to the non-connection of the community to the Oworonshoki transmission transformer (the substation) at Berger, Iyana Oworo.

“More than 20 electric poles in the community are at risk of falling and pose a threat to the lives of residents. On several occasions, residents have reported the terrible conditions to the Ikeja electric office.

“Till date, none of the poles have been fixed, yet electricity officials climb some of these poles regularly to disconnect users. The residents currently live in fear, hoping that the government will come to their rescue by forcing IKEDC to do the needful.”