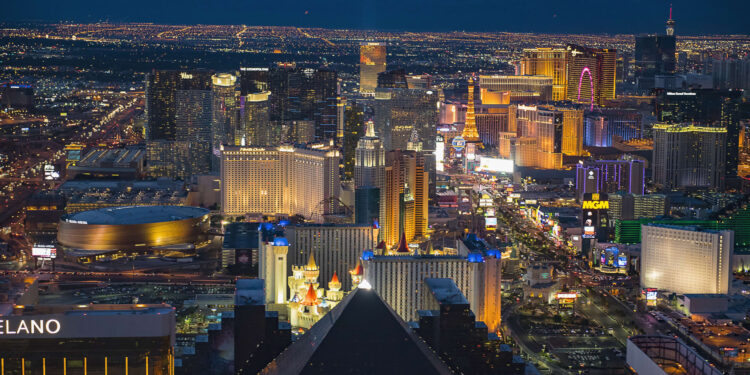 Sports executive and entrepreneur Tim Leiweke’s Oak View Group, one of the largest stadium and arena developers in the world, announced Wednesday it has acquired 25 acres in Las Vegas and plans to build a $3 billion sports and entertainment district.

The location is situated about ten minutes from the Las Vegas strip near the Interstate 15 and I-215, and adjacent to the new high-speed rail station.
Leiweke says his group plans to build a 20,000-seat arena with a hotel and casino. The arena alone is expected to cost $1 billion.
Groundbreaking for the project is expected to take place next year.

“Las Vegas is the entertainment capital and so what we have to build is the best we have ever built for Las Vegas,” Leiweke told CNBC.
While the NBA has long had a presence in Vegas through their summer league and the WNBA’s Vegas Aces, it has yet to commit to bringing a team here.
“Should the NBA decide to come and by the way, there’s no certainty or no guarantees that the NBA is ever coming to Vegas, but should they come, we certainly will be NBA ready,” Leiweke said.
Commissioner Adam Silver has been eyeing Sin City for years. In 2021, he said that while the NBA is not at the point of expansion, Las Vegas will be in contention to land a franchise when the time comes.
Earlier this month, sports pundit Bill Simmons predicted that Vegas and Seattle will be landing an NBA franchise soon that would be led by Lebron James and Fenway Sports Group. An NBA spokesperson said there was “no truth to it.”

Leiweke’s Oak View Group was also behind Seattle’s new Climate Pledge Arena and the UBS Arena in Elmont, New York. He has been instrumental in shaping dozens of stadiums and arenas around the country, paired with his experience of nearly two decades of leading AEG.

“We understand that this is similar to what we did with Climate Pledge Arena in Seattle before we were able to get the 32nd franchise in the NHL,” Leiweke said, referring to the Kraken.
Las Vegas has rapidly expanded beyond betting and boxing to become one of the hottest sports destinations in the world. Professional sports are attracting huge crowds there.

The National Hockey League expanded to the area with the hugely popular Golden Knights playing their first season in 2017. The team played in the Stanley Cup Finals during its second year of existence. 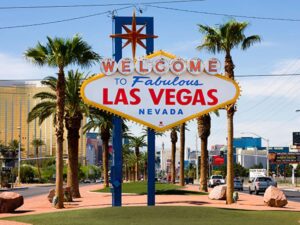 In 2020, the NFL then relocated the Raiders to the $1.9 billion Allegiant Stadium.
On a recent earnings call, MGM’s Bill Hornbuckle highlighted the extra business the Raiders bring to the city. “Half of their seat licenses went to people out-of-town. Sixty-eight percent of those seats on a game day are the out-of-towners, big pickup in millennials,” he said.
The destination is drawing other sports fans with college basketball, the NFL Draft on April 28th and the ultimate attraction – the 2024 Super Bowl.
Other sports are sniffing around, too. Formula One is expected to announce a Las Vegas race for November 2023, sources told CNBC. The Oakland A’s have also been scouting out possible locations in the area as well.

Leiweke hopes his project could be the key to Las Vegas landing an NBA team.

“There’s again, there’s no guarantees that’s going to happen, but should they make a decision to look at Las Vegas, does a billion dollar, brand new arena ultimately help make that decision? Probably so,” Leiweke told CNBC.

While the NBA knows Leiweke well, the league has not had discussions with him about bringing a team to Vegas, a person close to the situation told CNBC.

A new player in town
Leiweke believes his new project will be successful, even without an NBA franchise. It will provide new competition for the five other arenas in town.

“We have to be very driven by music, we have to make sure that we’re looking at other sporting events like the UFC or boxing or wrestling,” Leiweke said. “We have to go out and try to find every big event today that’s not in Las Vegas and bring it today to Las Vegas.”

It will be close to the airport, private jet hangers and the planned Brightline West high-speed rail station, which connects Las Vegas to Los Angeles. Developers anticipate the project being the first stop for Las Vegas visitors.

Oak View Group is still very early in the licensing and permitting process. Leiweke anticipates the project could be completed by 2025 at the earliest.