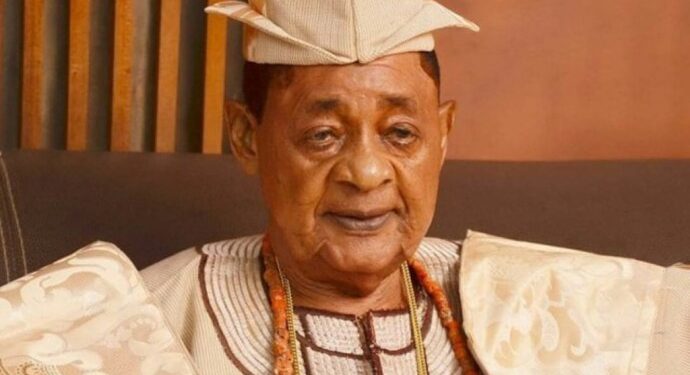 The Alaafin explained the relevance of geospatial data to planning and implementation activities.
He started this while playing host to the current Chairman of the Governing Council of the Federal School of Surveying (FSS), Oyo, Surv. Abduganiyu Adeyemi Adebomehin along with the FSS Rector, Dr. Dupe Nihinlola Olayinka-Dosunmu and other members of the council at his palace in Oyo.

The Surveyor-General of the Federation, in a statement by the Head of Press and Public Relations, Abu Michael, said that the His Imperial Majesty said his kingdom enjoys peace and good communal relations because of the surveying and mapping of farm and residential lands to avoid unnecessary encroachment and conflicts.
He noted that the kingdom has been making good use of surveyors.

In the statement, the royal father mentioned how it became possible for easy partitioning of Africa after surveys and mapping of the lands was carried out by the colonial masters.

He then thanked the council members for paying him homage and pledged to give his support and cooperation to the FSS.

Earlier, the Chairman of the council, Surv. Adebomehin, who is the Acting Surveyor General of the Federation (SGoF), commended the Alaafin for the support given to the FSS so far.

Surv. Adebomehin maintained that the FSS was long overdue for upgrade to a standard Surveying University, pleading with the Alaafin to ensure the provision of adequate land and support towards the upgrading of the school.

According to him, the council and the school management have done much to give the school the desired facelift and much more would be needed to take the school to its glorious height, pointing out that the governing council was not resting on its oars.