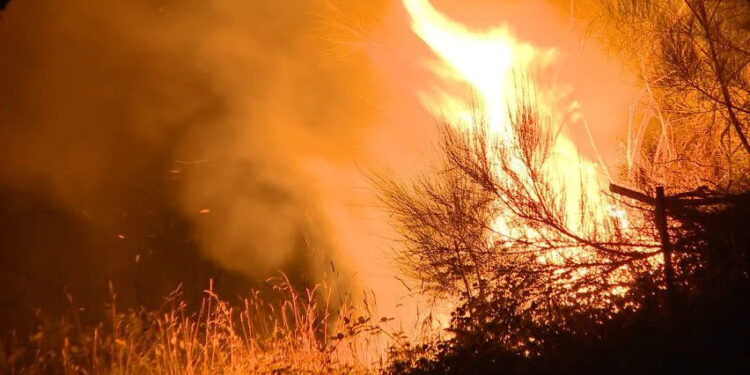 Prof. Christian Madu of the University of Nigeria, Nsukka (UNN) has cautioned Nigerians against setting up indiscriminate bush fires in communities during the harmattan season.

Madu, who is a Professor of Environmental Management and Control, made the call while speaking with Journalists on Monday in Enugu.

He lamented over the rising incidents of fire that had destroyed goods and property worth millions of naira within the country in the last one month.

Madu, who is a supervisor of lead researchers at the Centre for Environmental Management and Control, UNN called for attitudinal change among Nigerians towards setting up bush fires to clear overgrown weeds, especially those ignited indiscriminately and unsupervised.

He said: “Due to the dry and windy nature of the atmosphere, it is likely that most bushfires might burn beyond control and cause great havoc to individuals, families, neighbourhoods and a whole community.

“So, we must avoid setting up fire in bush and dry areas with litters of debris as the fire might run-off and go far beyond one’s imagination.

“Do not burn anything close to a building, whether residential or office, as it can spread and engulf the entire building, if care is not taken,” he warned.

He also advises the use of quality wires and cables in electrification of buildings.

He cautioned against putting much load on a wire or cable that might often lead to fire outbreaks in buildings this season.

He noted that such an outbreak might be more devastating in public buildings and offices after work or during holiday periods as nobody would be around to raise an alarm about the fire outbreak in the first place.

“Poor installation of electrical wires or cables, fittings and devices should be checked with quality wires/cables and sound electrical wiring of buildings,” he advocated.