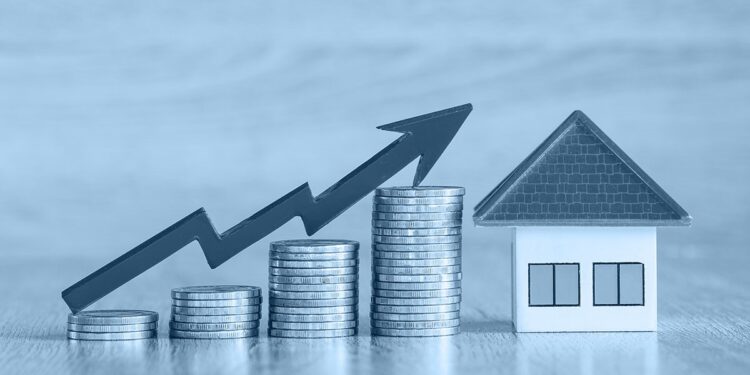 Rising inflation may soon overtake house price growth even in the most buoyant areas of the UK, a property market analysis has warned.

Home, a property website that analyses listings from major portals to create a monthly market snapshot, says house price growth across the UK as a whole shows little sign of slowing, despite a widespread belief that the market may have reached the top earlier this year.
Home says four English regions plus Wales show growth above the latest Retail Price Index inflation figure of 8.5 per cent – these are the East and West Midlands, East of England and the South West.
However, the other regions are already being the current level of inflation which means prices are falling in real terms. And Home warns that technically, it believes the all-England-and-Wales average house price growth level has been lower than inflation for five months now.
“It’s bad news for homeowners, especially those that own their property outright, and yet good news for the highly indebted who will see their debt eroded faster than the decline in real home price growth” the site states.
The website – edited by its director, Doug Shephard – says house price rises may continue in parallel with inflation, but he cautions that “inflation has not yet officially peaked and hikes in fuel, metals and energy prices strongly suggest that we should expect double figures soon.”
For the moment, however, the market remains strong with Home noting: “The Typical Time on Market for unsold property in England and Wales has been driven down to a mere 70 days, a level not seen since the heady days of 2008 before the financial crisis.”
Shephard’s analysis shows a small increase in the number of homes on sale over the past four weeks but there remains a historically low supply of properties as demand indicates little sign of slowing.
And the site notes that the rate of take-up of properties by buyers is “astonishing” also, given what it believes to be the further interest rate hikes planned by the Bank of England – an announcement is expected today on a possible third rise in three months.