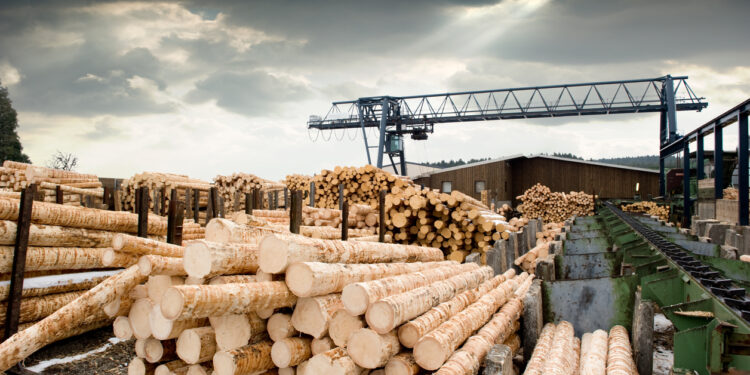 Home builders have expressed their discomfort at the recent decision of the U.S Commerce department to double the tariff on Canadian lumber from 9% to 18% in a bid to combat alleged unfair Canadian trade practices. According to Fastmarkets, more than 25% of lumber consumed in the U.S. comes from Canada.

Chairman of the National Association of Home Builders (NAHB), Chuck Fowke said: “If the administration’s decision to double tariffs is allowed to go into effect, it will further exacerbate the nation’s housing affordability crisis, put even more upward pressure on the price of lumber and force millions of U.S. home buyers and lumber consumers to foot the bill for this ill-conceived protectionist action.”

According to Fowke the decision “could not have come at a worse time” given the ongoing North American lumber shortage. On Tuesday, the cash price per thousand board feet of lumber climbed to a record $1,515, according to industry trade publication Random Lengths. NAHB calculates that current lumber prices are adding $36,000 to the price tag of a typical new single-family home.

The lumber shortage was spurred by a perfect storm of factors set off during the pandemic. When COVID-19 broke out in spring 2020, sawmills cut production and unloaded inventory in fears of a looming housing crash. The crash didn’t happen—instead, the opposite occurred. Americans rushed to Home Depot and Lowe’s to buy up materials for do-it-yourself projects, while recession-induced interest rates helped spur a housing boom. That boom, which was exacerbated by a large cohort of millennials starting to hit their peak home-buying years, dried up housing inventory and sent buyers in search of new construction. Home improvements and construction require a lot of lumber, and mills couldn’t keep up, fortune.com reports.

Citing unfair trade practices, the Donald Trump administration, in 2017 oversaw an increase in the Canadian lumber tariff to 20%. To help alleviate soaring lumber prices, the administration cut the tariff to the current level of 9% at the end of 2020. But the more recent procedural review by the Commerce Department—which finds that Canada is still heavily subsidizing its timber industry—puts a higher duty back on the table.