What world’s first floating city in Busan, South Korea may look like 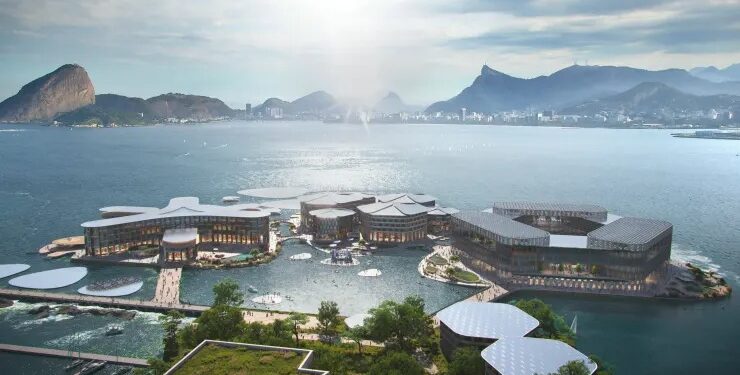 The United Nations, a floating city development firm called Oceanix, and the South Korean city of Busan on Tuesday unveiled the prototype for a floating, sustainable version of the key shipping hub.
According to cnbc.com, floating cities could be a way to mitigate the effects of sea level rise caused by climate change.
“Sea level rise poses an existential threat for some small islands and some low-lying coasts,” according to policymaker-summary remarks in the most recent IPCC report out from the United Nations at the end of February.
Rising sea levels threaten coastal electricity and transportation infrastructures, according to the report.
Since 1880, the average global sea level has risen between eight and nine inches, according to Climate.Gov, a climate change science and information portal run by the National Oceanic and Atmospheric Administration.

One-third of that sea level rise has happened in the last 25 years. In the United States, the average sea level rise is projected at between 10 to 12 inches by 2050, according to NOAA. 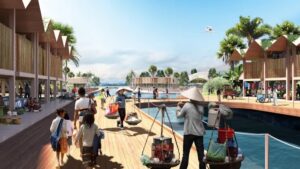 Busan is home to 3.4 million residents, and a critical port city. To adapt to rising sea waters, Busan signed a partnership with Oceanix and The United Nations Human Settlements Program in 2021 to develop a floating city.
BIG-Bjarke Ingels Group and Samoo Architects & Engineers, owned by Samsung, are the lead architects of the floating city.
The prototype is made of interconnected platforms that total 15.5 acres in surface area. Each modular piece of the city is designed for a specific use, like living space, research facilities or lodging. Bridges connect different platforms.
It envisions a community of 12,000 people with the capacity to expand to house more than 100,000 people.

The floating city is also fully sustainable with solar panels, and all water used in the floating city will be treated and recycled.
Three years ago, the United Nations officially began investigating floating cities as an adaptation to climate change.
“We live in a time when we cannot continue building cities the way New York or Nairobi were built,” U.N. Deputy Secretary-General Amina Mohammed said at the time.

“We must build cities knowing that they will be on the front lines of climate‑related risks — from rising sea levels to storms. Floating cities can be part of our new arsenal of tools.”